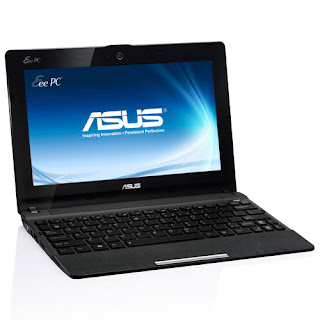 For quite I while I have to fix, update and maintain this little netbook. Although it's not mine - I've used it for quite a while and feel comfortable writing this review.

It's meant to be cheep. Plastic only. However it means that it's light. Just a bit over 1 Kg with charger in your bag. So don't expect anything special, it's meant just to do it's job and it does it quite well.

Keyboard is surprisingly comfy. Touch pad is incorporated to plastic cover. With this one I had few problems, but about that latter on. It has full size HDMI connection, VGA, 2xUSB 2.0 LAN, Audio connections and Card Reader. That's it.

Screen is reasonable - 10.1 inch LED Backlight WSVGA (1024x600) screen. It's not glossy, colorful and sharp enough that it wouldn't strain your eyes.

All in all - it's good enough that it wouldn't bother you.

This one is a bit tricky. Sure it has standard Intel Atom N2600 Dual Core processor and a gigabyte of RAM. 320Gb HDD, 0.3 Mp front camera, single (quite bad) speaker,  WLAN, Bluetooth... Nothing special until you touch operating system... Here goes my rant...

It is suggested to be used with Windows 7. What a load of bullshit that is. First touch pad drivers... Non of both types of drivers provided by Asus does not work and it's better to leave it as is after installing Windows. One of those makes touch-pad unusable other simply does nothing. Great.

Secondly it has only a gig of RAM, immedeatly at least half of it is occupied by Windows. So if you want to write a document while opening 3 or so tabs of chrome while listening for music in the meantime - you gonna have a bad time... You cannot upgrade RAM since it's stuck right to the motherboard and does not have SO-DIMM.

I'm not sure ether it's fault of Windows since it does not have swap space and tendency to ran out of memory or ether it's problem with overheating, but netbook tends to freeze up from time to time (also it gets hot) when under heavier loads. It's really annoying and it's a huge problem. On this alone I would not recommend buying this one, but only if you cannot live without windows.

Yep. Linux to the rescue! Linux did had a problem with this laptop since Linux did not sported Intel GMA 3600 graphics (this netbook Intel Atom uses these). So you got 800x600 resolution only, or something similarly small, but since release of Linux Kernel 3.4.2 it works fine. So newest batch of Linux distributions will work better and better with this laptop. Currently I've installed Ubuntu 12.04 and 3.4.2 Linux Kernel and it works fine. Sure Battery wont hold as long, brightness settings does not work yet as well, YouTube video lags a bit too (from time to time), but hey, at least it does not freeze up for a minute once per 5 minutes and can multitask. Ubuntu 12.10 already contains this Kernel update as far as I know, so there wont be any need for addition fiddling with Linux Kernels very soon. Also running Linux makes it faster and more responsive. And no more - "you [pathetic human being] need TouchPad Drivers" popups again!

It's small little netbook, probably will be on sale for very low price in official retailer shops since Asus is killing eee netbook series due to tablet invasion for small portable devices. If you do need something like that and you're comfortable with Linux I would really suggest grabbing one just because of low price it could end up. Otherwise if you do need windows and you do need exactly netbook, I would suggest to avoid this model.

So it seems that Ubuntu 12.10 will not boot at all since there is a bug that requires to blacklist that particular GMA chipset. So far the best is to run 12.04 with 3.4.2 kernel. At least that works. More info here: http://linuxrepository.blogspot.com/2012/09/how-to-install-linux-342-quantal-kernel.html

Ubuntu 13.04 works fine. Unity is quite slow, but Xubuntu is perfectly usable. No issues whatsoever. Maybe something is not quite right (again it's not my laptop and I am not a primary user of it so I didin't test everything), but from first sight it's fine and so far I had no complains.
Posted by Unknown at 18:25