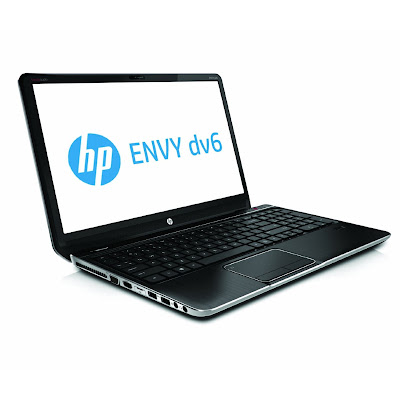 Most of my friends are somewhat IT related,  and most of them have horrible opinion when it comes to HP. This is due to the fact that most of them know at least few friends that owned or they owned themselves HP laptop and it broke in horrible ways.
For starters friend of mine had HP laptop that constantly overheated so he had to remove bottom cover for HDD/RAM/WiFi and carry around something to lift the bottom so the laptop would get air to cool itself. His girlfriend had HP laptop and it's graphics card was repaired few times by warranty and died because of the same reason. My other friend had HP laptop, it corpus around the hinges broke in half a year. My mother had laptop for work that was painfully slow. I probably could name few more, but you get the point. Horror stories are all around.
So it happened that I was planing to buy ASUS laptop that I was looking at for a very long time, but on the last moment shit went down and I had to buy anything that works if possible - as cheap as possible. Sure I wanted something that could work with some 3D graphics and wouldn't lag on OS itself, maybe play some games, so bare with me it was not the cheapest laptop. But I got it with discount as well as 3 year warranty.
So in the end I let myself for and adventure buying HP Envy dv6.

The unboxing was not pleasant. When I powered on the computer - I've noticed that only English power plug is added. I do believe it's a fault of seller not manufacturer. It was just a step "O.K. Here we go...". Around the screen there was protectors from fingerprints. All around the damn unit including on hinges where it's really hard to remove. There was also one on the grill bellow the monitor (purely decorative I believe). Those are made of plastic and left side is 0.5 mm too long (right side is stuck perfectly) so it just slightly out of the in-cut for it. Also on the left side there was this bit that does not stick and helps you to remove the protector. I've started pulling on that and the whole grill started to come off. At this point I was thinking how/when I'll return the unit.

When turned on everything went smoothly. Windows 8 activation (about Windows 8 - it will be another topic), UEFI disabling, Ubuntu installation besides Windows 8... Maybe too smoothly. It was one of the easiest laptop setups I've done. I was especially surprised when I turned on Ubuntu. Everything works. Sure the Laptop comes with nVidia geforce gt 630M - this means Optimus Prime stomping on your dual screen... But to my surprise VGA connector is not bound to the nVidia. Dual screen true VGA works fine. The only downsides are that brightness changing takes big steps so it's not as smooth as in Windows, but hey - in last laptop (emachines) the back-light was completely not working and would light only when direct command would be sent out.
To install Ubuntu along side Windows 8 just follow this guide - http://askubuntu.com/a/228069/8825

Things that are "Meh"

So all in all I had quite uncomfortable start, but after that it exceeded my expectations. My brother right now has HP ProBook as well. He's working with quite demanding software and it handles it well. No breaking, not scratches, no heating. Nothing. Also I gave him my stock RAM's (8 Gigs) and holy fuck. This is how you change ProBook RAM:


No screws. Why the hell not every laptop is this way?! Take a note that it also opens up fan for easy cleaning. This is just perfect...
So all in all it went better than expected. Well see how it will last. I'll post updates if something happens.
Posted by Unknown at 12:22 No comments: